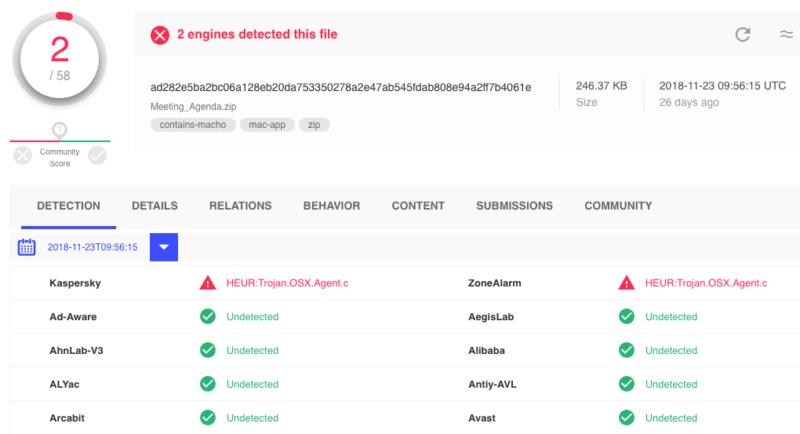 Four months after a mysterious group was outed for a digital espionage operation that used novel techniques to target Mac users, its macOS malware samples continued to go undetected by most antivirus providers, a security researcher reported on Thursday.

Windshift is what researchers refer to as an APT—short for “advanced persistent threat”—that surveils individuals in the Middle East. The group operated in the shadows for two years until August, when Taha Karim, a researcher at security firm DarkMatter, profiled it at the Hack in the Box conference in Singapore. Slides, a brief description, and a report from Forbes are here, hereand here, respectively.