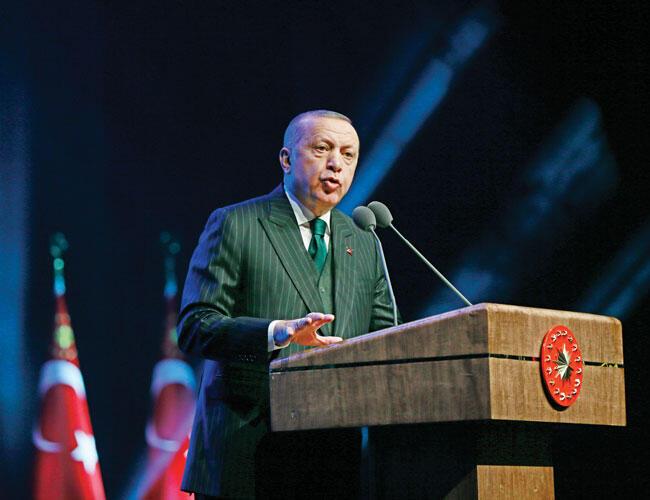 President Recep Tayyip Erdoğan has said Turkish officials had stopped a cyber-attack aimed at the Turkish military thanks to a locally-developed software.

“The software named ‘Octopus’ that we have developed has stopped a cyberattack on a military command headquarters and it has been incorporated in a NATO drill,” Erdoğansaid on Dec. 26 at an award ceremony of the Scientific and Technological Research Council of Turkey (TÜBİTAK) and Turkish Academy of Sciences (TÜBA).

“We need to show the sensitivity that we show for the protection of our borders similarly to the data that our country produces. Today, cyberattacks and [technological] shortfalls are the biggest threats that violate the state’s security and an individual’s privacy,” Erdoğansaid.

“Turkey no longer knows any bounds regarding scientific researches. We are running [scientific] works in every area, from space to the poles. Two weeks ago, we realized a dream and set up [national] Space Agency. This way we have taken a step to take our country to a super league in terms of space works and technology,” Erdoğan said.