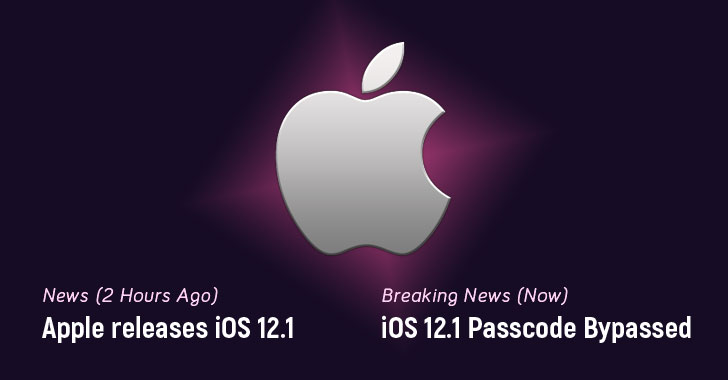 It’s only been a few hours since Apple releases iOS 12.1 and an iPhone enthusiast has managed to find a passcode bypass hack, once again, that could allow anyone to see all contacts’ private information on a locked iPhone.

Jose Rodriguez, a Spanish security researcher, contacted The Hacker News and confirmed that he discovered an iPhone passcode bypass bug in the latest version of its iOS mobile operating system, iOS 12.1, released by Apple today.

To demonstrate the bug, Rodriguez shared a video with The Hacker News, as shown below, describing how the new iPhone hack works, which is relatively simple to perform than his previous passcode bypass findings.

Instead, the issue resides in a new feature, called Group FaceTime, introduced by Apple with iOS 12.1, which makes it easy for users to video chat with more people than ever before—maximum 32 people.
ing 3D Touch on each contact you can see more contact information,” Rodriguez told The Hacker News.Also, it should be noted that since the attack utilizes Apple’s Facetime, the hack would only work if the devices involved in the process are iPhones.