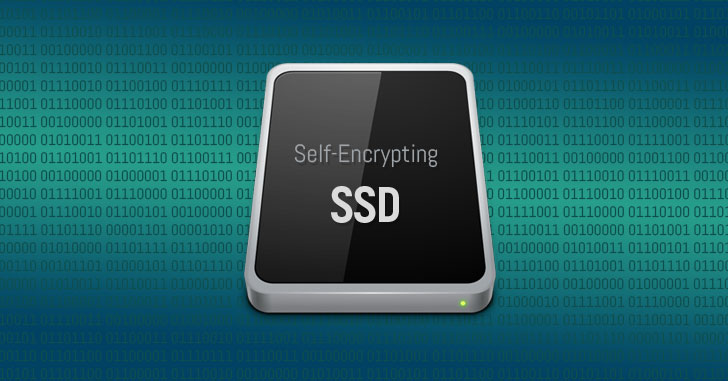 We all have something to hide, something to protect. But if you are also relying on self-encrypting drives for that, then you should read this news carefully.

Security researchers have discovered multiple critical vulnerabilities in some of the popular self-encrypting solid state drives (SSD) that could allow an attacker to decrypt disk encryption and recover protected data without knowing the password for the disk.

“The analysis uncovers a pattern of critical issues across vendors. For multiple models, it is possible to bypass the encryption entirely, allowing for a complete recovery of the data without any knowledge of passwords or keys,” the researchers say.

The duo successfully tested their attack against three Crucial models of SSDs—Crucial MX100, MX200, and MX300—and four Samsung SSDs—840 EVO, 850 EVO, T3 Portable, and T5 Portable drives and found at least one critical flaw that breaks the encryption scheme. But researchers warned that many other SSDs may also be at risk.

The vulnerabilities explained below reside due to improper implementations of ATA security and TCG Opal, two specifications for implementing encryption on SSDs that use hardware-based encryption.