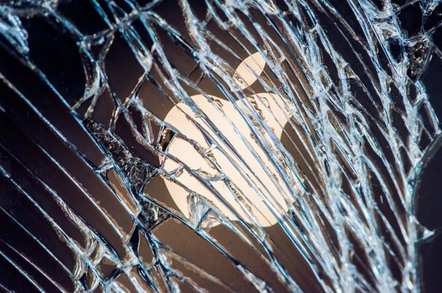 Apple’s iPhone 7 and 8 will remain off the shelves in Germany – after Qualcomm posted a €1.3bn (£1.17bn, $1.5bn) bond in case the December court ban is overturned on appeal.

As part of the eternal, international patent rights battle between the two companies, Qualcomm sued Apple in Germany seeking the sales ban, and as we reported in December, a Munich court granted Qualcomm its wish.

The injunction last month affected what could be sold in Apple’s stores, but as we noted at the time, third-party retailers could still offer the affected iPhone models for sale.

While Apple plans to appeal, German law allowed Qualcomm to ask for immediate enforcement, so long as it posted a court-set bond which would fund damages for Cupertino, should the appeal overturn the ban. Qualcomm said the bond was filed Thursday, formalizing the ban.